We are learning how to use commas to clarify meaning and avoid ambiguity. 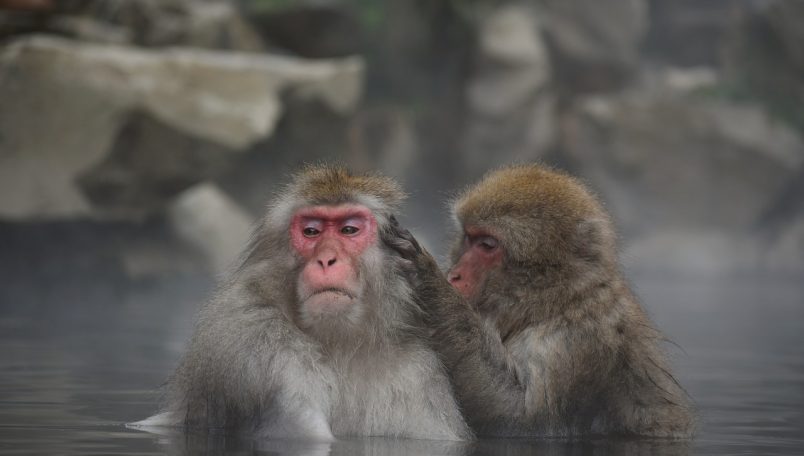 Japanese macaques, otherwise known as snow monkeys, are the most northerly living primates (other than humans). They are native to Japan, where they are found on three of its four main islands: Honshu, Shikoku and Kyushu.

In this fascinating clip, Japanese macaques can be seen relaxing in volcanic heated pools. However, not all individuals are able to enjoy such a luxury. The alpha male determines who is allowed in and who must watch from the sidelines. Why might this make the difference between life and death? Watch the clip to find out.

Discuss the meaning of each word highlighted in bold.

Write a list of words/phrases that describe how the macaques in the thermal spas might feel. Write a second list describing the feelings of those excluded.