We are learning how to use and punctuate direct speech. 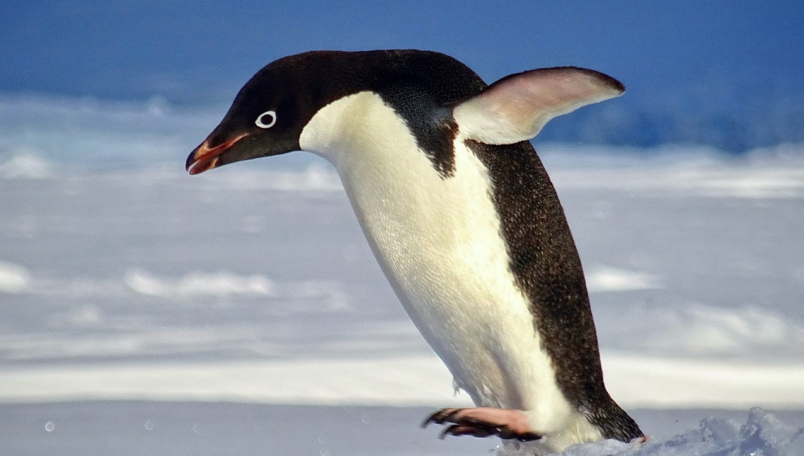 Credit: BBC One - Frozen Planet. This clip may not work on some devices; please see our Help page.

Named after an Antarctic explorer’s wife in 1840, the Adélie penguin has a very distinctive appearance. Its black back, tail  and wings make it look like it is wearing a dinner jacket! In contrast, it has a pure white belly and thin white rings around its eyes. Of the 17 different penguin species, only Adélies and emperor penguins are true Antarctic birds.

In this fascinating clip, a male Adélie penguin can be seen making a nest from small rocks. To stand the best opportunity of attracting a mate, his nest will need to stand out from the rest on this particular stretch of coastline. Size is everything! However, in his neighbourhood, there would appear to be a thief. Someone is stealing HIS rocks! Who do you think it is? Watch the clip to find out.

Thinking about the appearance and behaviour of the Adélie penguins featured in the clip, can you complete the following similes?